Matthew 24:36 -- A wise teacher enlightened learners on the inevitable end of his temporal economy. He said, “Heaven and earth will disappear, but my words remain forever. But no one knows the date and hour when the end will be—not even the angels. No, nor even God’s Son. Only the Father knows.” 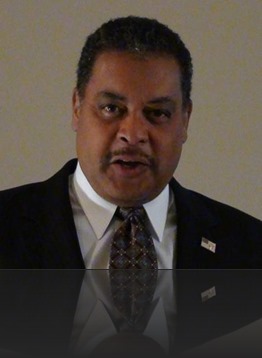 The 4th quarter of an 80 year life begins at age 60. I don’t know when my end will come, but I’d like to believe something I said or did made enough sense that a runner might pick up on it and do some good work. One of the toughest challenges in life is summing it all up to help others get through the emotional stuff. Traditionally, somebody writes an obituary. But since I’m not totally dead, I guess I can call it whatever it needs to be.

The event I choose to mark the occasion is a FUN-eral, with the emphasis on FUN! Temporal Economy is the narrative for my “dash.” That’s the symbol etched into a grave marker between the date of birth and date of death.

The goal of my Last Will and Testament is inclusivity.  Assuming that you have in some way been included, there’s a good reason to keep on reading.

The Temporal Economy of Eric Stradford reflects the values, goals and a timeline of dreams, achievements, and distractions. My legacy and benefit to humankind are today measured in a Spiritual, Physical, Social, Financial, Educational, Professional and Recreational reality I count as “Money-n-the-Bank.”

On November 22, 1953 in Cleveland, Ohio, God blessed The Reverend James Milton Stradford and Alma Catherine Thomas Stradford with a vision of my future. Values endowed by them and an extended family at the Greater Avery African Methodist Episcopal Church laid a legacy of value for four generations to inherit.

At age 38, I retired from the United States Marine Corps, having attained the rank of gunnery sergeant over a 20 year period of national service. I served as an information specialist at The Pentagon, a radio announcer in the Far East, an event announcer at the Oldest Post of the Marine Corps, a communications specialist with the Marine Corps Marathon and a musician with four U.S. Marine Drum and Bugle Corps.  One highlight was playing taps at the top of Mt. Suribachi.Another has been a recurring opportunity to return to Washington, DC to remember.

Upon retirement in July 1992, I supported community engagement efforts as the parent of a student at Hammond Middle School, Alexandria, VA. My service as a volunteer evolved into an executive position with P.O.W.E.R.S. Coalition, a regional charity focusing on the needs of disadvantaged youth. I continued to serve as an advisor to the Marine Corps Marathon until I moved from the Washington, DC area. I worked briefly as an announcer on Cleveland Public Radio.

In 1993, I met my bride, Stephanie A. Walker, a well known communications strategist. We compounded time, waded through some emotional stuff, and combined our common commitment to mission by developing THE ANNUAL YOUTH ACHIEVEMENT AWARDS and the national nonprofit corporation, Youth Achievers USA Institute to empower youth to “believe I can achieve whatever I believe I can achieve.”

Our envisioned “walk in the light” transcended barriers between haves and have nots by empowering beneficiaries with measured value in an American corporation. I also gained hands-on experience with the National Congress of Community and Economic Development. My hope was to live life through a vision of my own future--an abundant life that would transcend even my own temporal reality.

To my beloved Stephanie, I pray that Heaven and Earth will continue to favor you. To Kirshone, Kia Tenise, and Chalondra Brie, always know that you have something special to give. To Dariell, JoVon, Kaylon, Kyra, and Kamille always believe that the best of your blessing is on the way.

To my umbilical buddies on Earth and in Heaven, Arlene, Doris, Alice, Jackie, Mattie Lou, Ellouise (Ella), Arthur Lee (Art), John Clarence, Ida Mae, Walter Gene, Katherine (Kat), James David (Jay) Gloria Dean (Glo) and Bernice (Sis), you have fruitfully enhanced that which I see “in a nutshell” as “TheEnterpriZe.” I pray that God will continue to richly bless you through your children, their children and their children’s children.

Last, but not least, to those caring adult investors and lifelong beneficiaries of the YouthUSA Corporate village, I pray that your vision of your future will light the way for future generations of winners. My wish for you and your community is that you will always invest in one another as America’s future.

A VISION OF THE FUTURE

The program applies capitalistic strategies to achieving the philanthropic goals of Youth Achievers USA Institute and its partnering enterprises.

Based on Eric and Stephanie Stradford’s self-published “vision of our future,” the social enterprise program exists to engage youth within their communities, schools, organizations, peer groups, and families in a manner that is productive and constructive; recognizes, utilizes, and enhances youths' strengths; and promotes positive outcomes for young people by providing opportunities, fostering positive relationships and furnishing the support needed to build on their leadership strengths.

Investment in this program establishes member equity in a debt America never thought would be relieved.